The Malignant Overlords - a Repost

Thoughts from The Sea Gypsy Philosopher *


WHAT I THINK I KNOW


Today is my birthday, and as might be expected, I am in a particularly reflective mood.  As a gift to myself – and hopefully to you as well – I am going to attempt to clarify my current beliefs about “How the world works.”  This is not an easy task because those who are actually in charge of the planet relentlessly conceal their true motivations and methods.  If this subject proves intriguing to you folks out there, I will revisit it each year on my birthday.
*******
But first, here is a short meditation on birthdays and age.  Because I am zealous about staying in shape, I am often asked how old I am.  My usual answer is, “I am in my Middle Years.”  Although this answer sounds evasive, it actually stems from a deeper inquiry into this topic.  My analysis is that there are four elements to human aging.

Reading over time of the problems  other countries are and have been having in regard to their taking in refuges from other countries, the below information only confirms what I've learned is true.  Yes, our world is surely in a shake-up.

Swedish Leaders Have a Message For Trump That Has Democrats Flipping Out
February 23, 2017 By C.E. Dyer
President Donald Trump made waves this week with comments about Sweden that shined a huge light on the devastation the country has faced in the wake of a disastrous open-door policy that has allowed Muslim migrants to flood in. While leftists have tried to put the lid on the truth, prominent Swedish politicians have affirmed Trump’s comments.

In a Wall Street Journal op-ed, Jimmie Akesson and Mattias Karlsson, who both serve as leaders of the Democrats in Sweden, agreed with Trump’s assessment of the massive crime wave that has hit the Nordic country thanks to a flood of Muslim migrants.
“Mr. Trump did not exaggerate Sweden’s current problems,” Akesson and Karlsson wrote. “If anything, he understated them.”
Fox News reported:
Trump was ridiculed by many after he gave a speech Saturday citing Sweden among a list of European countries affected by the scourge of Islamic terror. Referring to the massive number of Middle Eastern refugees that have poured into the country, Trump said Sweden was “having problems like they never thought possible.” Some Swedish politicians openly derided Trump’s portrayal of the country – but riots in a heavily immigrant suburb of Stockholm on Monday evening put an end to most of the mockery.
“Riots and social unrest have become a part of everyday life,” Akesson and Karlsson wrote.
Police officers, firefighters and ambulance personnel are regularly attacked. Serious riots in 2013, involving many suburbs with large immigrant populations, lasted for almost a week. Gang violence is booming. Despite very strict firearms laws, gun violence is five times as common in Sweden, in total, as in the capital cities of our three Nordic neighbors combined.
Akesson and Karlsson added: “Anti-Semitism has risen. Jews in Malmo are threatened, harassed and assaulted in the streets. Many have left the city, becoming internal refugees in their country of birth.”
The Swedish Democrats concluded their op-ed with a warning to the U.S.
“For the sake of the American people,” Akesson and Karlsson wrote, “with whom we share so many strong historical and cultural ties, we can only hope that the leaders in Washington won’t make the same mistakes that our socialist and liberal politicians did.”

Deplorable? Lower Than A Snake's Belly!

Here's something you shouldn't miss
The unthinkable Rape and abuse are rampant at some nursing homes. A CNN investigation found more than 1,000 facilities across the country have been cited for mishandling suspected cases of sex abuse.

I say, "Hang 'Em High.  Castrate is a good remedy!

Some Say it Better Than Others Can 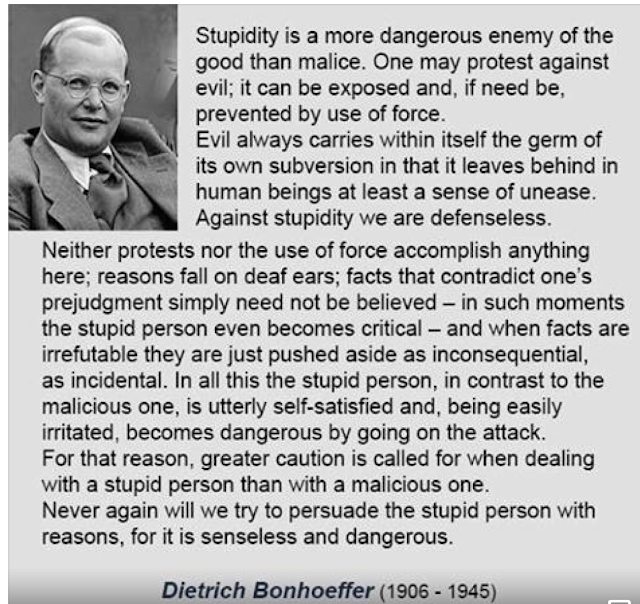 “When you were born, you cried and the world rejoiced. You lived your life so that when you died, the world cries and you rejoice.” Cherokee
Posted by Caddie at 12:52:00 PM 7 comments:

When NASA first started sending up astronauts, they quickly discovered that ballpoint pens would not work in zero gravity. To combat the problem, NASA scientists spent a decade and $12 billion to develop a pen that writes in zero gravity, upside down, underwater, on almost any surface including glass and at temperatures ranging from below freezing to 300°C.

Matters of the Heart
.  .  .  .  "There are moments in life where the heart takes a bruising especially in the areas of relationships.  These experiences have the ability to propel an individual into an evolvement stage, or into a negative spiral, which attracts more drama and more bruising."
.  .  .  .
V spirit
Posted by Caddie at 11:43:00 AM No comments: