If You Expect Respect Then Respect Others 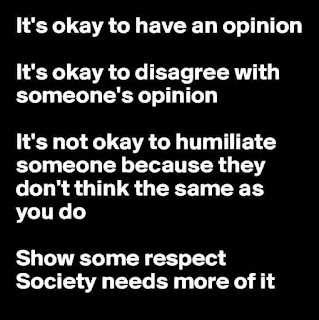 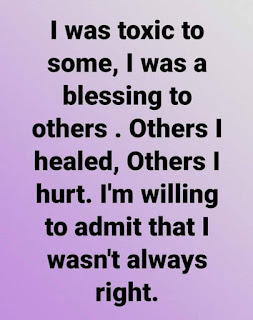 The Truth About Vaccines 2020

A mini-series of 9 parts beginning Wed. 9pm April 22
Everyone should watch.

https://go.thetruthaboutvaccines.com/ttav/#register
Posted by Caddie at 9:10:00 PM No comments:

DID YOU NOT NOTICE?

Did you not notice that they originally told us that we must practice “social distancing” and we must “shelter in place” in order to “flatten the curve?” In other words, if we stay inside, all will be well. And then suddenly, the World Health Organization claims that they also must come into our homes to make sure that family members are not spreading it to each other. And while the police are in our house, perhaps they should remove that wacky “conspiracy theorist,” who is wondering whether this is just a massive psychological operation.

Did you not understand that putting our lives and futures into the hands of these misnamed “trusted authorities” was sheer lunacy? Look at their record on this pandemic thus far. They told us it could not be spread from human to human. They told us that China had handled it admirably, and thus it would likely remain a localized problem. They told us not to worry about attending St. Patrick’s Day parades or Chinese New Years’ Festivals. And then they locked us in our homes.

Did you not mock us when we warned you that they would use this crisis to fast-track their global technocracy wish list? And how prophetic we were. Every item on their total control menu is being advanced at warp speed.
They argue for a cashless society because paper money could spread the virus. And yet they provide no convincing evidence to prove this. The imposition of a digital money regime is suicide for independent humans. If they know all of your transactions and balances, they can also vaporize your accounts with the push of a button. With actual cash, they have to come and physically take it away from you.
Our prediction that this pandemic would favor the mega-corporations while further destroying the small business owner, is tragically coming true. The Walmarts can stay open, but the mom and pop shops must be closed. Many, if not most, of these small stores will never see a customer again. Because of this, honest, decent entrepreneurs will end up as shopping cart wranglers in Walmart parking lots.
A few of us, who would not surrender to the hysteria, argued that they would use this event to force mandatory vaccines on the masses. But their brainwashing has been so insanely effective, that now most people will volunteer for the needle.
And what makes the vaccination issue even more unsettling, is the fact that dissenting medical experts rarely get to express their doubts and concerns. Take an honest, unbiased look at the history of immunization, and you will discover triumph, but you will also find a great deal of mortal tragedy.
Realizing how effective their “Love Your Vaccine” campaign has been, the “powers that should not be” are ramping up their calls for the micro-chipping of the entire population. They are arguing for paper Immunization Certificates now, but that will soon evolve into micro-chips or digital tattoos or nano-chips in the I.D. 2020 vaccinations. After all, these methods are so much more convenient.
As a few of us predicted, the tech giants have used the Wuhan Virus as a hammer to pound the square internet censorship peg into a round hole. Many websites that even question the mainstream narrative are getting taken completely down. And many, many others are having to tip-toe around the Word Police. Even non-words such as 4 + 1 G are getting hammered into submission. Ask yourself this: “If the real driving force is safety and health, and not some hidden agenda, then why are they being so protective of their narrative?”
The speed with which the vast majority of humanity is submitting to this agenda is utterly mind-numbing. But to those of us who always question edicts of compliance, it is not just astonishing, it is terrifying.

Did you, or anyone you know, elect Bill Gates President of Planet Earth? Although almost everyone views him as a “noble philanthropist,” there are some who consider him a megalomaniac – and practically a James Bond type villain. The contradictions and conflicts-of-interest that surround him are so gigantic that they are almost absurd.
For decades he has been outspoken in his desire to see the global population significantly reduced. And yet you turn to this man for advice on how to keep billions of people alive?
He is one of the leading donors to the World Health Organization. And since WHO is the major global medical “influencer,” his messaging and desires can always be reliably spread far and wide.
Bill holds enormous financial positions in many vaccine research and production facilities around the world. So, it is a huge conflict-of-interest for him to do a gazillion media interviews, in which he terrifies the masses with this virus, thus guaranteeing that they will become his vaccine customers?
Naturally, all of these media outlets, who welcome his messaging, never mention that his foundations and needle pushers have been banned from entire countries because of the horrific side effects of the drugs he has donated to them. Apparently, he sometimes can’t remember whether he is a eugenicist or a world savior.

And finally, do you not see that this is the perfect tool for those who want more power for themselves and less freedom for you? It is invisible, so they don’t have to even show it. They control almost all communication, so we have no reliable way of checking on their statistics such as infection rates or deaths.
We can’t even find out the most basic info such as how overcrowded the hospitals are. For example, citizen journalists have recorded 1,000s of videos showing no unusual activity at their local hospitals at the same time that the “trusted authorities” are saying just the opposite.
And what is particularly frightening, is the fact that they can reinvigorate another corona-virus crisis whenever they wish – and then lock us all down again. They can claim that there is a second wave or that patients are getting re-infected or that it has mutated into the even more diabolical Covid-20.
This is the perfect weapon for achieving world domination. No shots have to be fired, no cities have to be destroyed, no protesters have to be tear gassed. Instead, they just step to the microphone and release another canister of FEAR GAS. 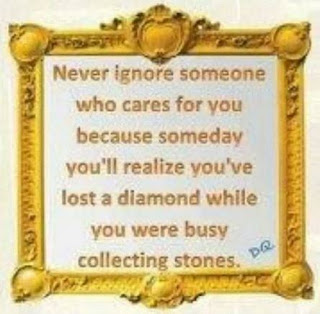