Once in awhile I come out of my murky, confused, "don't know which way to turn" existence but that is rare now that I am 'aged'. The only good aged I know about is a chunk of cheese! Life has been going downhill for quite a spell and continues to worsen by the day; actually even by the hour as I have lately observed.  This is not good! Living alone sometimes becomes a tragedy for some people and that is where I have landed.  Others tell me it is my own fault, that I need to get busy.  Stop this, stop that, do this or do that! Everyone seems to have the solution to every problem and issue that I can't seem to solve on my own.  Used to be I ran circles around any and everyone.  Has to do with ... is it metabolism? Well, I Did - the truth.  Those days passed though. with my never realizing they would, I now stand alone with that fact and angry with the realization of what it feels like to become old.  Hmph, even my doctor exclaimed to me recently "78's not old at all".  Well apparently at her age and condition, she knows nothing of the physical issues I have and is attending some amazingly healthy active patients that she is comparing me against.

One issue of mine is lack of money, money to hire someone to help with the chores I can no longer do but had to in times past, which wound up 'breaking my back'.  That's a main issue now- my back, not only the back but the full skeleton is in decline. Every six months I get an injection for the bones but it appears it is not working as it should.  And let me tell you, that bony structure is of critical need if we expect to live a productive life.  You may even know this by now.  I often somewhat weirdly/jokingly compare life for a human to a cabbage but it applies to anything that is living.  We/the cabbage starts out as a perfect little specimen, raring and ready to go/develop.  Over time, it grows into a beautiful cabbage if it is given good care and plucked at its perfection. But if not plucked, nature will take its course and it begins a downhill slide and starts to deteriorate.  In time, that healthy 'cabbage' becomes a real mess residing in the garden, finally rotting away.  Same thing a human experiences on its forward downhill march to death.

As for the lack of money, there seems to be a worse issue, for even if one has the money these days, you will rarely find a soul who is willing to work anymore or else when you do, they want a war pension per hour and then do the least they can get by with.  Certainly this is the bald truth in my area. A story: my furnace went out some time ago.  I was in the process of recuperating from a major artery and aorta fix in the dead of winter with dire pain and inability to put one foot in front of the other.  It's a Sunday, called a furnace man to find out what it would cost me for him to come take a look and fix it- only $500 for the house call! Just to drive out to my home.  Talking about defeat!  That did it.

Well baloney, there is no use or need to go on with my tales of woe.  It does nothing for you who reads this and certainly doesn't improve anything for me.  Reckon I just got sidetracked from what this post is truly about.  Yet, let me finish for a second.  Living in and under current conditions, it is a rarity that anything makes me smile or laugh out loud but this meme below did the trick for me very early this morning.

Let's see if it will give you the same satisfaction.  If it doesn't, a pity.  I'm seeing a tiny possibility of a ray of sun out the window, so that in itself gives me hope for this day, If'n it doesn't turn out to be another brain-frying humid and 88-93 degree day.  So, take a look at this picture and have a good grin. 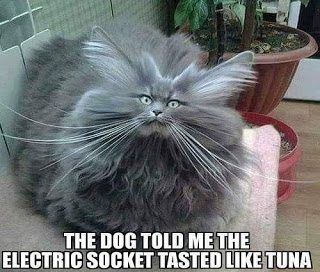 There are very few  'out there'  who cannot understand and benefit from this message.  It brings out a main reason why our world is topsy-turvy and full of negativity, violence, suicide, anxiety, depression.  A clinical psychologist speaks very in depth why our world today is as it is and how it has been created deliberately by the social media venues to create today's world.  The discussion runs for more than an hour but I guarantee you will be so much better informed and most likely able to turn this chaotic world back to one where sanity will arise.  Please watch the video closely (it is quite fast paced) and then pass this on to others so they too will learn the 'why' of our critical situation and a solution to turn it back to a great degree of normalcy.
Why Facebook is so toxic...

It was DESIGNED to be that way. 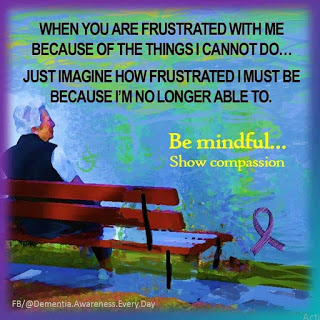