Coming across this past account makes me wonder; wonder why there are such big flaws in the world's system, big flaws in our reasoning to feel pride.  I feel no pride, only grief and shame for the damages done in past times, damages that continue up to this very moment.  We can always rely upon the media to give us the 'knockdown, dragout, titillating' headlines and stories.  War solves nothing.  It only causes provocation for more war - continual reasons to continue doing what is being done and always with the same results - death and destruction, fear and frugality, more suspicion of our fellowman.

Fallujah Remembered By A US Marine

US Marine Ross Caputi reflects on Fallujah in Iraq, where he was deployed in the 2004 attack that killed thousands, displaced hundreds of thousands more and poisoned the city with chemical weapons 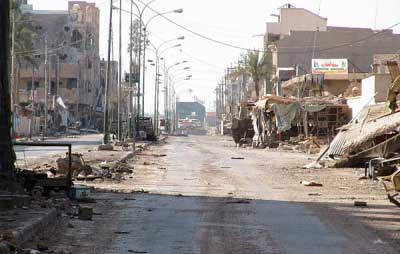 It has been seven years since the 2nd siege of Fallujah -- the American assault that left the city in ruins, killed thousands of civilians, and displaced hundreds-of-thousands more -- the assault that poisoned a generation, plaguing the people who live there with cancers and their children with birth defects.

It has been seven years and the lies that justified the assault still perpetuate false beliefs about what we did.

The American veterans who fought there still do not understand who they fought against, or what they were fighting for.

I know, because I am one of those American veterans. In the eyes of many of the people I "served" with, the people of Fallujah remain dehumanized and their resistance fighters are still believed to be terrorists. But unlike most of my counterparts, I understand that I was the aggressor, and that the resistance fighters in Fallujah were defending their city.
Posted by Caddie at 11:11:00 AM No comments:


Projectgutenberg.org, as mentioned in my last post, was my destination again this morning, long before daylight arrived.  Newly listed books are shown on the project's first page.  Of the five or so pictured, I selected "Trails and Tramps in Alaska and Newfoundland", copyright 1913, which took my interest quickly because of the many (100+) pictures within its pages, of the scenes encountered and captured by the author William S. Thomas.

This is the notice you will see on entering  the website:
This eBook is for the use of anyone anywhere at no cost and with almost no restrictions whatsoever. You may copy it, give it away or re-use it under the terms of the Project Gutenberg License included with this eBook or online at http://www.gutenberg.org/license.

In this day and time of 2012, it is rare to get anything for 'free'.  Happily you will be when you find no advertising links rudely vying for attention either.

In this true account of Thomas' journeys into the wilds of Alaska and Newfoundland, you read about the lives, the hardships of the natives who inhabited the areas at the turn of the past century, accounts of the wildlife Thomas comes upon.  There are pictures of swarming  salmon churning the native waterways,  bear visits and trappers' tools, glaciers that glitter, scenes of vast natural beauty that have undoubtedly incurred the rape and ravishment by civilization over the past one hundred and so years. 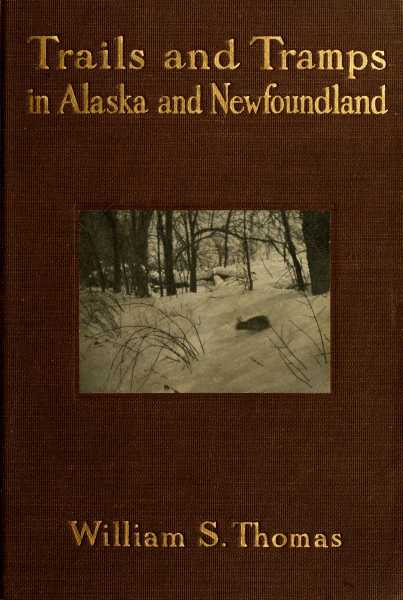 Dwelling in silence often brings advantages to me that others who live  a busy, hectic life rarely encounter; so I invite you to share in the pleasant times I spend in reading some delightful accounts/stories when you need a bit of relief from  your 'mad dash of survival'.
Posted by Caddie at 9:19:00 AM No comments:

You've no doubt heard about people who have been abducted and had their kidneys removed by black-market organ thieves.

My thighs were stolen from me during the night a few years ago. I went to sleep and woke up with someone else's thighs. It was just that quick. The replacements had the texture of cooked oatmeal. Whose thighs were these and what happened to mine? I spent the entire summer looking for my thighs. Finally, hurt and angry, I resigned myself to living out my life in jeans, and then the thieves struck again.

My bum was next. I knew it was the same gang because they took pains to match my new rear-end to the thighs they had stuck me with earlier. But my new bum was attached at least three inches lower than my original! I realized I'd have to give up my jeans in favor of long skirts.

Two years ago I realized my arms had been switched. One morning I was fixing my hair and was horrified to see the flesh of my upper arm swing to and fro with the motion of the hairbrush. This was really getting scary -- my body was being replaced one section at a time. What could they do to me next?

When my poor neck suddenly disappeared and was replaced with a turkey neck, I decided to tell my story. Women of the world wake up and smell the coffee! Those 'plastic' surgeons are using REAL replacement body parts -- stolen from you and me! The next time someone you know has something 'lifted,' look again . . . was it lifted from you?

P. S. Last year I thought someone had stolen my boobs. I was lying in bed and they were gone! But when I jumped out of bed, I was relieved to see that they had just been hiding in my armpits as I slept. Now I keep them hidden in my waistband.
P.P.S. Those same thieves just came into my closet and shrank my clothes! How do they do that?
Posted by Caddie at 9:13:00 AM No comments: