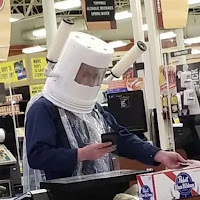 Call me skeptical. Call me cynical. But I will still call myself … a realist. I learned to disbelieve from some genuine masters. Their counsel has survived for over a century.
Walt Whitman’s advice was to:
“Question much and obey little!”
Mark Twain offered this enduring insight:
“If you don’t read the newspapers you are uninformed. But if you do read the newspapers you are misinformed!”
So when the Wuhan Virus first arrived, I paid extraordinary attention to it. An early oddity that activated my bull-dung detector, was “Event 201.” This was described as a table-top exercise on how best to react to a global pandemic.
The timing, only a few months prior to the actual outbreak, seemed suspiciously coincidental to me. When I studied some of the video that was released from that event, I was shocked. My expectation was that a group of international health experts would be discussing the best methods for mitigating any possible fast-moving disease.
But instead, they were all focused on controlling the “messaging” about such an outbreak. Specifically, they wanted “their people” to be in charge of the narrative. The catch-phrase that they kept repeating was “flooding the zone” with their approved information sources. They did not want any alternative viewpoints in circulation.
The more I scrutinized this, the more I realized that these were not caring, compassionate scientists trying to determine the best way to minimize the health risks of a pandemic. No, these were cold-blooded spin doctors, seeking to utilize a pandemic for power and profit objectives.


Some instinct within me kept insisting that this was not a benevolent health initiative. Instead, it appeared to be a global-scale psyop. So I went to the Macmillan dictionary and looked up “psychological operation.” Their definition is:
“The use of techniques that are designed to make an enemy or opponent confused or weaker.”
And now that we are nearly half a year into this Germzilla Psyop, it all does make sense when viewed as a deliberate effort to distort reality so that billions of people are dazed and disoriented.
Look at how effortlessly the social psychologists behind the scenes have turned so many people into human parrots. They spend their days repeating phrases such as: flatten the curve, wash your hands, socially distance, wear a mask, Polly want a cracker?
When viewed from the psyops perspective of “let’s weaken people,” the health advice from the so-called experts suddenly makes sense. Consider these examples:
For thousands of years doctors have known that sunshine and fresh air are very therapeutic for treating infectious diseases. And yet our 2020 experts tell us to stay inside.
In the upside-down psyops world, you quarantine the healthy people, even though the primary tactic for centuries has been to only isolate the infected people.
Traditionally, it has been acknowledged that “herd immunity” must be established to quell the disease. How can that be achieved with everyone under house arrest?
When an extremely cheap remedy such as hydroxychloroquine seems to show world-wide success, the “flood the zone” specialists insist that it is useless and even dangerous.
And the humble face mask is almost the perfect example of a psyop device. The authorities have been totally schizophrenic about whether they are beneficial. So on the one hand they confuse the masses. But they also weaken the masses since oxygen deprivation from the masks can be very harmful.
Aside from all of the preposterous demands that the authorities have been making, there are also the obvious health-inducing activities that they have completely ignored.
The ultimate weapon against any infectious disease is a strong personal immune system. The best way to maximize the body’s personal healing mechanisms is through optimal diet, moderate exercise, fresh air, vitamin D from sunshine, low stress and deep sleep.
But instead of crusading for everyone to emphasize these lifestyle cures, our experts just command you to stay inside, wear a mask, socially distance and wash your hands.
*******

Hopefully, this essay has helped you to realize that all of this idiotic treatment advice is not just a matter of bad judgment and honest mistakes. It is part of a deliberate psychological operation designed to confuse and frighten you. This leads to two obvious questions. Who would do that? And why would they do that?
There is a small but extremely powerful group of people who want to impose a Technocratic Dictatorship on the world. This seems unbelievable to most ordinary people because most of us do not have pathological impulses. We have decent impulses.
The existence and goals of these power addicts is not just conspiracy craziness. They have literally spelled out their plans in several documents. Get online and read the summaries of these documents and you will learn that I am speaking the Truth.
Search for the U.N. Sustainable Development Goals. Research The Fourth Industrial Revolution. Examine Agenda 21. Take a good look at the World Economic Forum’s Great Reset. Scrutinize Agenda 2030.
Just this basic research should convince you that there are hidden powerful forces in the world striving towards a complete global societal makeover. They want un-elected bureaucrats making all of the decisions that will directly impact your day to day lives. Here is the basic structure of their planetary program.
They want a tiny group of rulers at the top. Beneath them is a small corps of technicians to service the elites and keep the systems humming. This class will be assisted by robots, smart grids and artificial intelligence.
And on the bottom is the enormous mass of humanity who will be relegated to the role of neo-serfs. It will be a planetary plantation and the vast majority will be slaves.
They will be crammed into tiny living spaces in gigantic cities, cut off from nature, their fellow humans and freedom. And those who survive will be the lucky ones, since a gigantic culling of the bottom class is also planned.

Most of us who have been paying careful attention to these trends, presumed that the crucial moment was still a decade or two away. But I now believe that this Germzilla Psyop is that moment. So many of the elements that they needed to have in place for their planetary takeover are being achieved through this phony pandemic. Here is a list of some of them:

I genuinely believe in my heart of hearts that almost nobody with a normally functioning immune system should worry about the Wuhan Virus. But everyone should be terrified of how it is being used as a psyop against humanity.
These monsters who want to dominate the world have been meticulously setting this technocratic trap for decades. And now they are ready to spring it on us.
If we do not awaken in time and fight back, then all is lost.

BONUS RESOURCES Here are the names of some of my favorite researchers. Vernon Coleman, Jon Rappoport, Amazing Polly, James Corbett, Really Graceful, James Evan Pilato, and Tony Heller. I use many more, but these are some good examples.
Posted by Ray Jason at 5:12 PM

Email ThisBlogThis!Share to TwitterShare to FacebookShare to Pinterest
Posted by Caddie at 4:30:00 AM No comments:

"The Buffoon In The White House"

Blaming the president for all that is happening is like blaming our fork for our gluttony at the table!  Let's lay the blame for what is occurring on those individuals doing all the damage.

How guilty are you and I?  When we each stay silent with only a "Tut, tut, how awful" spoken to each other, WE are guilty of  'in our silence' actually approving of the the chaos and damage.

If you and I do not speak out against all this uproar, it most likely will soon be in our face also.  All that is going on sure didn't start in November 2016 nor on January 20, 2017 and continues daily into today!

This horrible situation Will continue unless we speak out against it.