Essay by Ray Jason enlightens me and hopefully you that the wars of our world are not your or my doing but by those in high power, who only create the chaos for their benefit, financially or by whatever means to have control.  Money is the main game they are playing  We as civilians, as a whole, do not want this constant strife of war or rumors of war.  We want peace and a calm life.  All the chaotic BS that is occurring in the world is created by all those Creatures who are in controlling positions.  They use us by giving us lies and disinformation constantly and I'm not speaking of the current Creatures only but this has occurred since time immemorial.  My straying a bit off course, let me now give you the words of Mr. Jason that he first wrote in 2013.  He begins the essay speaking of two Creatures in our current time, Bolton and Pompeo then leads into his repeated words from 2013. This is long so use patience.

As Bolton and Pompeo - who are a human Axis of Psychosis -  attempt to force the U.S. into a war with Iran, it seems like a good time to re-post my most heart-felt anti-war essay.  This was first published in 2013 just as Obama was about to lob Cruise Missiles into Syria.  Fortunately, international opinion and lack of support from England was sufficient pressure to restrain him.

Of my 120 essays, this was the one that received the most appreciation and support from my readers.  I hope it touches you. 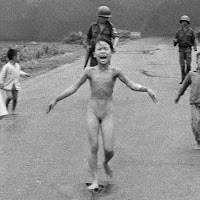 The Sea was mild and soothing as I sailed alone in the western reaches of the Caribbean.  It had been four days since my last human contact.  Such exile does not disturb me - it comforts me.  The wind was light, and the waves were small and melodious - like the cello phrase in a string quartet.
Although quite relaxed, I was also vigilant, because my position was near the busy shipping lanes between the Panama Canal and the Yucatan Channel.  Suddenly, I sensed a nearby hazard.  My first scan of the horizon revealed nothing.  On my second, more careful sweep, I saw her – a gray smudge of a ship, still half below the undulating cusp of the Earth.  I took my binoculars from their rack and focused them.  What I saw slammed me backwards - both physically and emotionally.   She was one of them – a gray, military transport vessel that was all too familiar to me.  I had served aboard one - a U.S. Navy ammunition ship in Vietnam.

*******
I had not willingly done so.  I had been drafted just after receiving my bachelor’s degree.  My first decision was whether to flee to Canada, as my courageous college roommate had done, or to let them take me.  My next choice was between a two year Army enlistment or the four-year Navy sentence.  Wishing to neither kill nor be killed because of anyone’s insipid “domino theory,” I chose the USN.  As someone who survived higher education with my capacity for critical thinking still intact, I already knew that war was horrible and this particular one was senseless and despicable.  I was not an ideal recruit.
The toughest part of my service was being a closet pacifist aboard a ship full of gung-ho, pseudo-warriors.  And these were the worst kind - the swaggering, macho types, who had the luxury of never facing any real combat.  I kept my secret to myself, just as I kept my self to myself.  In fact, I do not have a single friend from that chapter of my life.  When I would go ashore and meet actual soldiers, they were not gung-ho at all.  They were beaten down and regretful and frightened - and wanted only to be away from there…to be home…to be far from all that madness.
I never talk about this with my friends.  And it rarely enters my consciousness.  But that dark ship on the horizon, transporting munitions and mutilation to who knows which target this time, just staggered me.  To ease my anguish, I tried the comfort of my favorite classical music.  It didn’t work, and neither did dousing myself with buckets of sea water.  Although I resisted, I knew that the only way out of my agony was to burrow deeper into it.
*******
So I brought out her picture.  I keep it protected in an envelope hidden in one of my favorite books.  I unfolded it tenderly, and gazed one more time at all the evil, meaningless terror of war captured in a single frozen instant from 40 years ago.  I spoke to her once more as I had done many other times down the decades, when I needed solace:
“Hello again, Napalm Girl.  Keep on running!  There must be some place, somewhere, free from this horror and insanity.  You must find that place.  You deserve that place.  Never stop running!!!”
She is crying out, “Too hot!  Too hot!” as she flees.  Grotesque flaming jelly from the sky has burned most of the little dress from her nine year old body.  The rest she ripped off herself as she kept running and screaming “I’m dying!  I’m dying!”
When the heroic photographer got to her, she was whimpering, “Water, water.”  He emptied his canteen on her.  With ferocious determination, through insane traffic, he managed to get her to a hospital in Saigon.  They said she was so badly burned that she would never live and they would not accept her.  He flashed his Associated Press photo credentials and said, “Don’t let this child die or everyone will hear about it!”  They took her in.  And they saved her.
That Vietnamese photographer, Nick Ut, deeply understood the ravages of war.  His older brother, who was his personal hero, had already died photographing the misery of combat.  When Nick answered the call of basic human decency, and rescued that terrified little girl, he had no idea that on the film in his camera was one of the most profound and powerful photographs of all time.  He was only 19 years old.


I urge you to visit www.kimfoundation.com.  Dedicated to helping other children who are victims of war.

Almost every day something utterly insipid "goes viral" on the World Wide Web.  Perhaps we can help spread this little essay at this critical time when the war drums are again thundering Inside the Beltway.  By doing so, we can all honor the Napalm Girl. 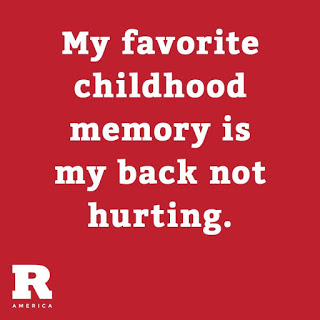